Most interesting statistics and facts about wastewater management?

Water is critical to all life on this earth. The way we manage our wastewater impacts our health, our productivity, and our economy. Here are the most interesting statistics and facts about our world’s wastewater management practices. 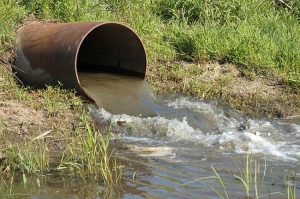 • Wastewater discharges and the resulting pollution make a greater impact than water used during the production process.

•  A lot of industrial, untreated wastewater is released into open waterways, which negatively affects the quality of water overall by potentially entering aquifers and groundwater.

•  In 2009, European and North American industries used 50 percent of all water, compared with only 4 percent to 12 percent usage in developing countries.

• According to estimates from the United States Environmental Protection Agency (US EPA), roughly 23,000 to 75,000 sanitary sewer overflows happen each year.

• An estimated 3 billion to 10 billion gallons of untreated waste is released from sewage treatment plants annually.

•  Nineteen percent of homes use septic systems that may contribute to contamination.

• Toilets, showers, and faucets represent 62% of all indoor water use.

•  The US EPA reports that 53 percent of the miles in rivers and streams, 98 percent of shoreline miles on the Great Lakes, 71 percent of acres in lakes, and 79 percent of estuarine square miles are not acceptable for at least one type of water use.

•  Public treatment facilities must treat more than 8 million tons of dry-weight sludge per year, consuming one-third of all its electricity use.

•  About 80 percent of wastewater worldwide flows back into the ecosystem without being treated or reused. That means 1.8 billion people use a contaminated source of drinking water.

•  Treatment equipment has a life expectancy of 15 to 20 years.

• Preventive maintenance can help improve the performance of the 19,000 wastewater collection systems in the country, valued at more than $1 trillion.

The Future of Wastewater Management

•  A growing number of companies are applying for certification through ISO 14001, which is the international standard for environmental management administered by the International Organization for Standardization.

• After stabilization, more than half of qualified biosolids can be applied to agricultural sites, forestry applications, reclamation sites, and urban park areas.

• According to a National Academy of Sciences study, the country’s coastal cities could increase their water supply 27 percent with treated wastewater.

• Florida leads the nation in reusing water, with approximately 719 million gallons of reclaimed water used for beneficial purposes each day.

How can preventive maintenance prevent an offshore oil spill?

Preventive maintenance ensures that equipment is in good working order. This may help prevent both small and large offshore spills in the future.

The Advantages & Disadvantages of Preventive Maintenance

The primary advantages of preventive maintenance come down to reliability. As you keep each asset in good repair, it’s less likely to break down.