What Is the Return on Investment for Predictive Maintenance? 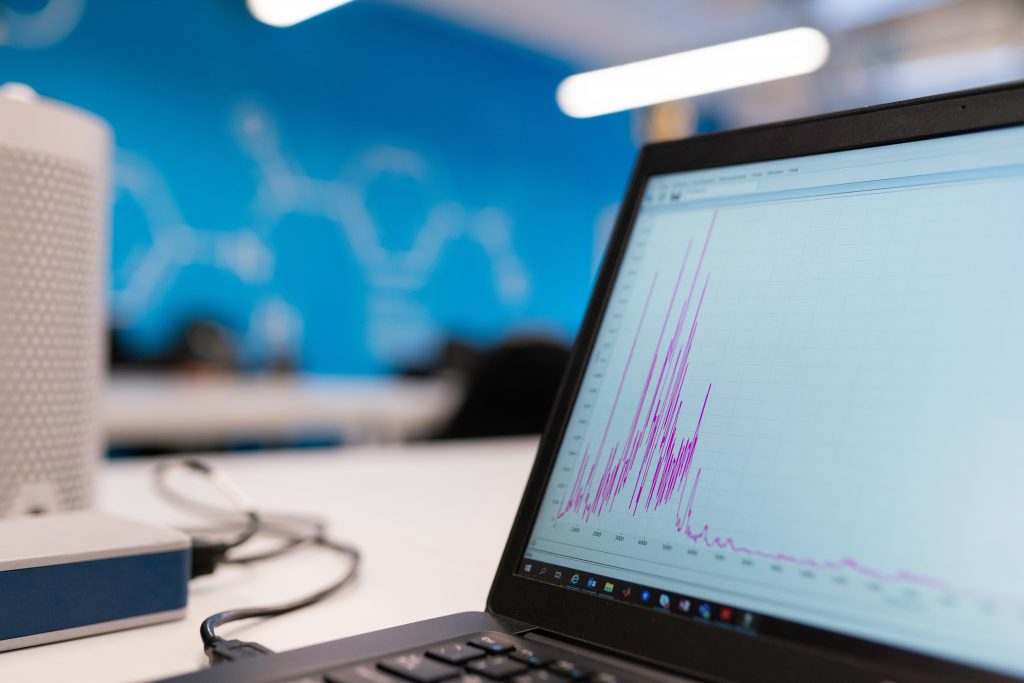 Data from the U.S. Department of Energy indicates that predictive maintenance (PdM) can yield a potential return on investment (ROI) of roughly ten times the cost. However, that figure ultimately depends on your facility’s layout and requirements, how your PdM program is implemented, and what kinds of outcomes you’re looking for.

To get a better idea of what the ROI for PdM could be in your facility, let’s take a look at a few real-world examples.

In addition to their packaging materials, machines, and parts, Tetra Pak also helps their customers maintain their equipment. However, given that they have customers across the globe, servicing equipment could often incur high transportation costs if it meant getting a specialist on site. They needed a solution that would allow them to efficiently help their customers while at the same time improving reliability.

How Predictive Maintenance Eased Expenses for Tetra Pak and Their Customers

In order to better serve their customers, Tetra Pak implemented a number of digital technologies, including remote monitoring and cloud computing.

Using a cloud-based platform, they now gather and analyze data from equipment sensors worldwide, allowing their data scientists and specialists to pin down critical thresholds for each type of machine. Those specialists can then work closely with on-site technicians to resolve problems before they develop.

Not only does this spare them the expense of sending specialists to examine equipment on site, but it also helps reduce the costs of unplanned downtime that their customers would otherwise face.

The benefits have been astronomical. For instance, one dairy company they work with was saved over 140 hours of downtime thanks to their ability to predict machine failures in advance.

Mueller Industries manufactures copper, aluminum, brass, and plastic products which it distributes worldwide. The company has grown to an enormous size since its founding in 1917 as it has satisfied the demands of wholesalers, retailers, and original equipment manufacturers across the globe.

Mueller traditionally used a preventive maintenance approach when it came to maintaining its equipment. However, given how much the technology had advanced—including in terms of its affordability—the metal manufacturer decided it was time to start using condition monitoring and predictive maintenance to care for its equipment.

The solution came in the form of handheld contact microphone sensors linked with a smartphone app. These devices allowed technicians to measure vibrations on equipment while out on the production floor and get readings directly on their mobile devices. That data would then be uploaded to a cloud-based database where advanced machine learning algorithms would process the data and determine what types of problems might be present.

As they implemented this system, they found issues that hadn’t been readily visible before, such as rapid bearing wear on their high-speed machines. By detecting these issues early on, they were able to repair them with minimal downtime.

Automobile manufacturer Daimler Chrysler needed to procure over 600 machines for a new plant in Toledo, Ohio. Making sure that equipment was in good condition was a major priority for the manufacturer.

In order to evaluate the condition of the machines to be purchased, they used infrared and vibration analysis to collect the necessary data. That data was then processed and analyzed through the use of advanced predictive maintenance software.

By using advanced analytics to assess the condition of their machines, Chrysler was able to find issues with over 100 of their machines, namely alignment problems, poorly sized shims, and bad/worn bearings. By detecting these problems early on, they were able to take care of them quickly and save the plant thousands of dollars—estimated to be as much as $112,000—in repair costs.

Add to that the potential for lost production time due to breakdowns, and the savings were very much worth the initial investment.

By looking at these examples, we can see a few ways in which predictive maintenance benefits manufacturers. Some of the primary ways PdM reduces costs include the following.

The purpose of proactive maintenance in general is to keep equipment in good running condition and prevent breakdowns. Predictive maintenance is the most effective way to do this since it closely monitors the condition of equipment through infrared, vibration analysis, ultrasound, and oil analysis and assesses that data to predict what failures may occur in the future.

This gives maintenance teams a heads up on what tasks need to be performed to prevent major breakdowns, ultimately allowing preventive maintenance to be completed at optimum times rather than during an unplanned breakdown event. The end result is less lost time, higher equipment availability, and more consistent production.

Given that PdM helps maintenance teams target preventive maintenance on only the most important tasks, it not only reduces losses from downtime, but it can also improve maintenance productivity. Less time is spent on machines or inspections that don’t actually need it, and the tasks that are performed are more effective.

As a result, fewer resources are wasted, which in turn can reduce overhead for the facility’s maintenance costs.

In addition to streamlining the time spent on proactive maintenance tasks, PdM also helps reduce MRO inventory spend by as much as 10%. Since parts are replaced only when strictly necessary, there is less spend needed to keep spares stocked, which can further reduce overhead and allow resources to be directed toward reaching central organizational goals.

With fewer equipment breakdowns, workplace safety improves. Not only are the direct risks of an actual breakdown event reduced—as may be the case with equipment that’s moving at high speeds or operating at high temperatures/pressure levels—but secondary hazards can also be avoided.

For instance, if a machine breaks down during production, it needs to be fully shut down in order to make sure the needed repairs are performed safely. While proper lockout/tagout procedures can make sure that happens, they may not be totally foolproof. The safest situation is to completely avoid the need to shut down equipment during production in the first place, which is what PdM is intended to accomplish.

With fewer equipment breakdowns—and even with minor faults being taken care of early on—there is less of a possibility of product defects being introduced during production. Naturally, that means less waste in terms of materials and production time, less rework, and improved profitability from your processes.

This benefit comes through especially in automated processes where a minor issue somewhere in the line could result in flawed output that isn’t detected until it comes back out the end. By noticing and resolving those issues early, those flaws are prevented.

Equipment kept in top condition with targeted maintenance tasks tends to run more efficiently than machines that are allowed to wear out over time. Any issues that may lead to a breakdown may also cause the equipment to use more energy than they optimally should. Naturally, being able to resolve those issues quickly means preventing lost energy, further reducing overhead costs from operations.

While predictive maintenance does have a great deal of potential for reducing waste and improving efficiency in your facility, it does come with its upfront costs. However, those costs are significantly lower now than they were when PdM first got its start, since the equipment and software are much more accessible.

The cost of PdM comes from the following.

The sensors and devices used to monitor your equipment present a significant part of the cost, particularly if you’re fitting sensors to a large number of machines. However, some of that expense may be reduced by the fact that many newer machines have built-in sensors, meaning the only costs you’ll need to incur for those will involve connecting them to your analytics system.

IT is another point of concern here since you’ll need to make sure the readings from your sensors make it to your database, whether that’s an on-site PdM software system or a cloud-based solution.

Central to PdM are the software and analytics systems used to analyze the data gathered by your sensors. Implementing new software can be a lengthy and expensive process, and that will likely drive up the upfront costs. It helps to have a well thought-out implementation plan in place to make sure the process goes as smoothly—and cost-efficiently—as possible.

Fortunately, cloud-based solutions make installation much easier. If you go that route, you’ll likely curb a significant portion of the costs of implementing PdM.

Once your hardware and software are set up, you’ll need to start gathering data. Modern PdM is based on machine learning artificial intelligence using vast stores of data to make predictions about future failure events. As such, you need some form of database in place.

With a purely in-house solution, that means taking time to allow the system to gather data on meter and sensor readings, failure events, and so forth.

However, it is possible to benefit from existing databases in this area. Many cloud-based solutions already have significant stores of data that can be used to get your PdM program off the ground quicker.

Finally, PdM implementation is most successful with proper training and employee buy-in. It’s important to make sure your maintenance team understands the purposes and benefits of predictive maintenance, which include, but aren’t limited to:

Your team should also be trained in using the sensors, hardware, and software needed to make the predictive maintenance process work.

Calculating the ROI of Predictive Maintenance in Your Facility

The exact return on investment you’ll see in your facility depends on the scale of your operations, which machines are critical to maintain, how much you’re currently spending on maintenance, and so forth. As such, you’ll need to account for many factors when calculating the ROI of predictive maintenance.

It helps to start by gathering data on the current costs of maintenance and operations in your facility. Consider factors such as:

Looking at key indicators and maintenance data in your CMMS can give you a good start on assessing these costs.

Analyze the Types of Sensors and Analytics Available

Determine What Areas Might Be Improved by Predictive Maintenance

By looking at areas of your maintenance and operations that could be improved by PdM, you’ll start to get an idea for how it might improve your processes, preventive maintenance, and so forth. Those areas of improvement will give you a sound starting point for calculating potential savings.

Benchmarking with similar facilities in your sector and general data on the benefits of PdM can also help you get some estimates on how much costs may be reduced after implementation.

Predictive maintenance promises a high return on investment, but the exact shape it will take in your facility influences that figure quite a bit. Even so, it is possible to get a sound idea of how PdM will improve your facility’s operations and maintenance practices.

The Advantages & Disadvantages of Preventive Maintenance

The primary advantages of preventive maintenance come down to reliability. As you keep each asset in good repair, it’s less likely to break down.

Predictive maintenance is a type of condition-based maintenance that monitors the condition of assets through sensor devices.

How to Visualize Maintenance Performance