Recycling, landfill or incineration: which is best? 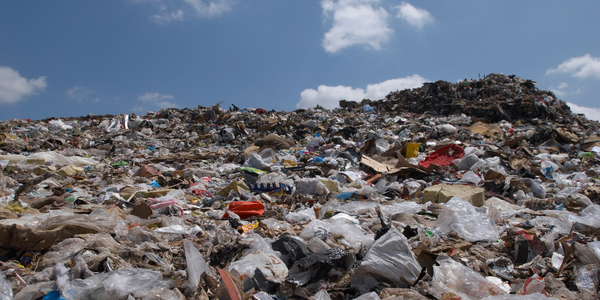 Between recycling, incineration, or sending waste to a landfill, recycling is the most environmentally friendly, but it’s not always feasible. In cases where recycling isn’t a possibility, the choice of using a landfill or incineration depends on the kind of waste involved.

With that said, recycling isn’t always possible, especially with how the demand for recyclable materials has decreased in recent years. Also, about 25% of all items sent to recycling organizations aren’t recyclable, due to contaminants.

A large proportion of our garbage goes into landfills, though not as much as in previous years. From 1980 to 2009, the amount of solid waste that found its way into landfills went from 89% down to 54%.

That decrease has a positive impact on the environment since there is a good chance that fluids and gasses—including methane—leaking out of landfills can impact the soil, water, and air quality in the area. That said, numerous regulations and methods are used to prevent that from happening, and using a landfill is often the only option available.

Incineration can be used to dispose of trash, but only in certain circumstances and when it’s handled properly. After all, incinerating trash produces carbon, and burning plastic, in particular, can result in highly toxic fumes.

When it’s done safely, however, incineration can be used to produce energy, making it a potentially effective use of solid waste.

Which is truly the best?

Ultimately, the best option comes down to the type of waste you produce and the options available in your area.

Tip: Take some time to figure out what types of waste you produce and assess your options. Then, make a plan.

How Much Plastic and Waste Do We Produce?

The world has cumulatively produced more than 7.8 billion tons of plastic and disposed of more than 90 percent of it as waste.

Selecting a CMMS is a big decision for any company, but selecting the right CMMS for you is crucial. Read more about the top CMMS software available today!

The 5S Lean Method: An Essential Guide for Your Maintenance Facility

5S involves everyone in eliminating unneeded materials, putting everything in its proper place, and standardizing workplace practices.