What’s The Difference Between Sensors and Actuators?

Whereas sensors monitor conditions of equipment, actuators drive events within the equipment. Sensors and actuators are often found in the same areas of equipment and systems within an industrial setting. Although they often interact, they are two different components. They frequently complement each other and work together to ensure that various assets and systems are functioning effectively. They both play important roles in condition-based maintenance. 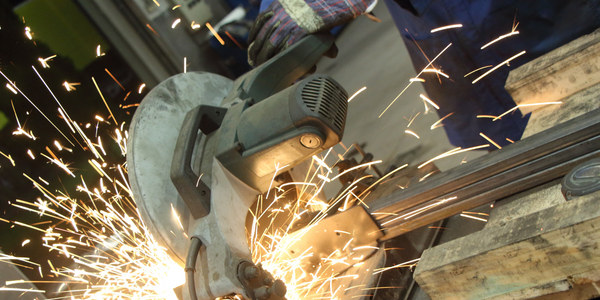 What is a Sensor?

A sensor monitors environmental conditions such as fluid levels, temperatures, vibrations, or voltage. When these environmental conditions change, they send an electrical signal to the sensor, which can then send the data or an alert back to a centralized computer system or adjust the functioning of a particular piece of equipment. For example, if a motor reaches the temperature point of overheating, it can automatically shut off.

What is an Actuator?

An actuator, on the other hand, causes movement. It takes an electrical signal and combines it with an energy source to create physical motion. An actuator may be pneumatic, hydraulic, electric, thermal, or magnetic. For example, an electrical pulse may drive the functioning of a motor within an asset.

6 Main Differences Between Sensors and Actuators

Sensors and actuators track different signals, operate through different means, and must work together to complete a task. They are also physically located in different areas and often used in separate applications.

Sensors look at the inputs from the environment, which trigger a particular action. On the other hand, actuators track outputs of systems and machines.

Sensors work through electrical signalling to read the specified environmental condition and perform the assigned task. However, actuators measure heat or motion energy to determine the resulting action.

Sensors and actuators can actually rely on each other to perform a particular task. If both are present, an actuator relies on a sensor to do its job. If one or both are failing to work properly, the system will not be functional.

If both a sensor and actuator are present, the first is located at the input port, while the latter resides at the output port.

Examples of Actuators and Sensors

There are many uses for both actuators and sensors in the industrial arena. They both help critical assets work more effectively and efficiently, helping to reduce downtime and improve productivity.

These actuators require an employee to control gears, levers or wheels. Although they are inexpensive and simple to use, they have limited applicability.

These actuators use gas pressure to power valves. The pressure pushes a piston to affect the valve stem.

Electric actuators employ an electric motor to operate a valve. Although these actuators are quiet and efficient, they require batteries or electricity, which may not always be available in particular locations.

These actuators hold spring back until a trigger occurs. Once a particular threshold is reached, the spring releases and operates the valve. These are typically used in one-time emergency applications.

These sensors are frequently used in the foodservice industry to prevent spoilage. When equipment falls out of range, an alert can be sent to a computerized maintenance management system (CMMS).

Security sensors can help protect both employees within a facility or track expensive tools and equipment.

Pressure sensors can alter the performance of an asset when pressure is too high or low or send an alert if pressure variations can indicate a potential failure.

Gas sensors have multiple applications across many industries and can alert you when gas levels are too high or low.

How Sensors and Actuators Work Together

Actuators and sensors often work together in maintenance applications. For example, let’s look at a typical furnace to illustrate.

A gas shutoff valve connects to a thermocouple in a gas furnace. When the pilot light is operating properly, the thermocouple creates a current that keeps the valve open. However, if the pilot light goes out, the current stops, which closes the valve. This prevents an accumulation of gas and reduces the possibility of an explosion. In this application, the thermocouple is the sensor and generates the energy and signal. Both are sent to the shutoff valve, which is the actuator in this system.

Many more complex systems may utilize multiple actuators and sensors to perform complicated tasks. However, the basic relationship is the same: the two work together. Either the sensor sends the signal and the actuator performs the action, or an actuator movement triggers a sensor to send an alert.

Although actuators and sensors often work together, they are very different components of an industrial maintenance system. One often directs the other, and they frequently work together to improve control of a wide variety of equipment and systems.

What’s The Difference Between Sensors and Actuators?

The 6 Sensors for Predictive Maintenance That Optimize Repair Timelines

Let's examine in detail what makes a highly effective CMMS, and how companies can measure effectiveness when making their selection.