What are the differences between how public and private universities fund maintenance programs in the United States? 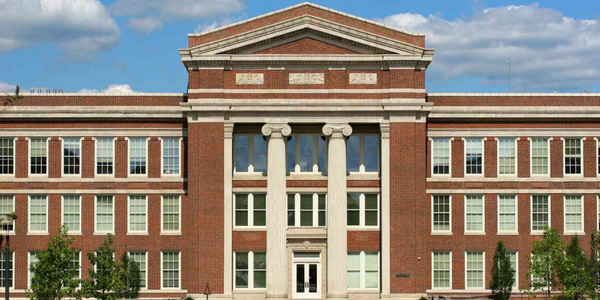 Public universities must typically pay for maintenance programs through government-funded budgets, while private universities can tap into donations to handle general upkeep and operations. Both organizations must depend somewhat on tuition payments to pay for both new construction and maintenance requirements of aging, existing buildings.

According to the Delta Cost Project, spending on maintenance and operations has either declined or remained relatively stagnant during past decades in both public and private higher education facilities.

For example, public research universities spent $2,023 per full-time student, per year in 2003. This amount dropped to $1,932 10 years later. Private research institutions experienced a slight increase, spending $3,278 per full-time student per year in 2003 and increasing that to $4,101 a decade later. While private schools are spending more on maintenance and operations per student, public schools are facing more financial challenges and as a result, have less money to spend on maintenance.

Both public and private universities are grappling with the demand for new buildings and facilities, balanced against the maintenance needs of aging, existing buildings on campuses.

According to a report from Sightlines, colleges are now dumping more money into existing buildings at the highest rate in more than a decade, reaching $5 per gross square foot in 2017. Many institutions of higher learning added buildings in the mid-1900s, which means most of those buildings are well past the typical 50-year building lifespan. After several decades of use, major renovations and upgrades need to be completed in order to keep buildings safe, operational, and up to modern building codes.

Although many campuses are seeing a decline in enrolling students, which means a drop in tuition revenue, some have struggled to keep up with steady growth. For example, three California-based public university and college systems need a minimum of $47 billion to handle construction, renovation and retrofitting during the next five years. These three systems operate 147 campuses and 14,000 buildings with demand for student spots high and growing.

Many institutions have already struggled through years of budget cuts and continued to defer maintenance needs as a result. Another report cites a shortfall of a record $30 billion needed for deferred maintenance.

In addition, many schools are also adding new buildings to bring in more students and tuition, at a record total bill of $11.5 billion for one year.

This struggle has left many colleges and universities trying to shift money from educational and teaching purposes to maintenance and operations. The problem is compounded due to the demand for lower student tuition at the same time.

According to Inside Higher Ed, the options are all difficult. Turning to philanthropic gifts, going further into debt, or shifting money from faculty salaries or student services all come with their own challenges.

Sightlines, a higher education consulting firm, notes that the backlog of maintenance has increased 18 percent since 2007 at private schools and 22 percent during that period at public institutions. Nearly 80 percent of leaders who participated in a survey through the Education Policy Center at the University of Alabama stated that money for facilities was a major need.

In addition, state governments are spending about 17 percent less on public higher education, which means public money is simply not available for the huge number of maintenance projects that continue to pile up year after year.

In the end, the continued deferred maintenance leads to more and more emergency maintenance requirements, which are always more expensive than preventive maintenance counterparts. Universities and colleges may want to look at investing in a computerized maintenance management system (CMMS) with the eye toward reducing overall maintenance costs in the long run.

What are the best technical schools for facility management?

Several technical schools around the country offer certificates and degree programs for facility management. Here are the top ten.

The Most Popular Maintenance Certifications

If you’re looking for a way to advance in your career at your own pace, consider signing up for one of these online facility management courses.