How do satellites work and how do they get fixed? 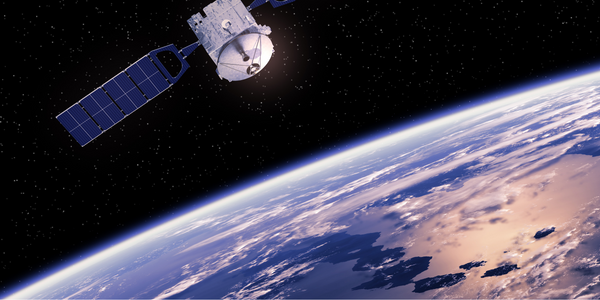 How do satelliteswork and how do they get fixed?

The term “satellite” is used to describe a whole range of entities in space – from man-made space stations to astronomical bodies such as moons of planets. NASA describes a satellite as a moon, planet, or machine that orbits a planet or star. Satellites are generally classified to be natural or artificial satellites.

What are artificial satellites?

Artificial satellites work are man-made satellites, as opposed to natural satellites that refer to moons and planets. Powerful rockets launch satellites and put them into orbit. They serve various purposes including communication, navigation, military, and research.

How do satellites stay in orbit?

A satellite stays in orbit by obtaining a balance between two main factors – its velocity and the gravitational pull of the body that it orbits. Attaining this balance takes massive engineering preparation and comprehensive knowledge in physics.

Huge rockets launch satellites into space with a thrust that overcomes the pull of gravity. These travel at upwards of 25,000 miles per hour! At these precise trajectories, rockets would drop the satellite into an orbit that it would follow in space. The initial velocity provided by the rocket launch can keep the satellite in orbit for hundreds of years.

What are the parts of a satellite?

The two essential parts that are usually found satellites work are the antenna and the power source. The antenna sends and receives information from the satellite to the base location (i.e. Earth). The power source supplies energy to the satellite and its components – this is usually in the form of solar panels or a battery system.

Given that various satellites offer a broad range of applications, different types of satellites might have unique and specialized components within them. Some satellites orbiting the Earth, for example, will have high-tech photography and imaging devices. These allow us to capture a view of the planet and its vast land and ocean forms, and atmosphere.

How are satellites fixed?

Unlike some of your household appliances, satellites are not as easily serviced and repaired – and they’re not exactly designed to be! Satellites are very expensive to produce and to send out to space, so extreme measures must be made to ensure that repairs once in space are kept at the absolute minimum. When satellites malfunction or exhaust all their fuel, they are typically decommissioned and will ultimately stop operations.

For larger satellites with significant scientific value such as the Hubble Telescope, design considerations were made to allow astronauts to perform service missions. These missions prolong the Hubble Telescope’s life through the replacement of old parts and through upgrades to improve its functions.

We're seeing a transformation in the future of how satellites are serviced. Robotics and unmanned missions are promising opportunities to extend satellite lifespans. These are possible methods to allow updates and upgrades to already existing satellites in space.

How to Choose a Maintenance Strategy

A major component of choosing a maintenance strategy involves building a team who has a stake in the plan’s success.

How to Find the Best Maintenance Software

Due to the wide range of things needing to be maintained, maintenance software solutions can be very different. Here, we'll outline everything you need to know.

In maintenance, the term “asset” refers to any physical equipment or property used in a business’s operations.