How are universities in California responding to fires and power outages? 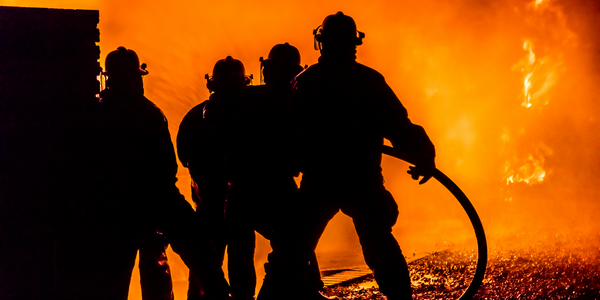 Wildfires have become more destructive in the state over the last several years with record-breaking damages. October and November are typically the peak wildfire season. Pacific Gas and Electric (PG&E), the state’s main provider of electricity, has started instituting massive power shutoffs when high winds and dry weather conditions exist.

This preventive maintenance step by PG&E is designed to reduce the chances of starting additional wildfires in the area. This has affected more than 3 million customers, with the possibility of that number increasing, as winds pick up speed.

In October 2019, Gov. Gavin Newsom declared a statewide emergency during the Kincade and Tick fires in Sonoma and Los Angeles counties. While hundreds of thousands of residents in the evacuation zones were displaced, Pacific Gas and Electric (PG&E) rolled out preventive blackouts across California, turning off the electricity of 1.3 million Bay Area residents not in evacuation zones. Campus officials described the air quality as visibly declining, while in previous years, sports games and classes were cancelled. Though power outages affected neighboring Bay Area counties, Stanford's power was functional; however, officials remained cautious.

Tip: A preventive maintenance software for universities could equip maintenance professionals with the tools to effectively utilize resources and equipment.


Recently, the October 2019 fires affected campus activity at UCLA. All classes were canceled and exams were postponed, due to the Getty Fires. These massive fires spread to 745 acres and evacuation orders were in effect for at least 745 structures.

At The University of California at Berkeley, one of the top public global universities, students did not have power during the wildfires, except for life-saving needs and critical research projects. All classes were canceled for several days, exams were rescheduled, and many students were affected by power outages. While some students still had power due to backup generators, the fires had unprecedented impacts on school operations

A recent wildfire that was spreading by Santa Ana winds brought dangerous fires close enough to Mount St. Mary’s University to warrant an evacuation. Students were alerted in the middle of the night, as the Getty Fire picked up rapid exposure.

Other area universities that have affiliated hospitals must weigh the risks and dangers with surrounding wildfires, smoke and air quality issues, and the difficulty in moving or providing care to patients.

After the record-breaking wildfire season in 2018, many California universities and colleges instituted their own safety, emergency, and fire prevention plans. In some cases, this involved identifying assets, equipment or systems on campuses that could start a fire. In other cases, it meant creating a preparedness plan and finding alternative power sources in the case of shutoffs.

What are the differences between how public and private universities fund maintenance programs in the United States?

You can jumpstart your career in Aerospace, Civil, Industrial, Biomedical, Reliability, and Maintenance Engineering through a strong education foundation.